BUDGET, BUDGET, WHO’S GOT THE BUDGET?

This week the House returns to Harrisburg to continue its efforts to finalize a revenue budget (Fiscal Code). Right now, there are several options being considered.  First is the Senate option which generated controversy because of its tax on Marcellus Shale natural gas production and other tax increases.  This was a non-starter for the House Republican leadership.  Two other major options being considered this week are:

Crafted by conservative Republican House members and released September 5, it does not raise taxes.  Instead, it taps into various special fund reserves.  This plan envisions $2.44 billion in revenue. Out of specified 55 funds, a number directly involve agriculture and rural PA.

Quick to react were DEP Secretary Patrick McDonnell and PDA Secretary Russell Redding who said dedicated funds are there to meet specific needs and should not be using as one-time vehicles to balance the State Budget.

Rep. Gene DiGirolamo (R-Bucks) presented an alternative budget for consideration on September 7. His proposal would:

There are other budget options too.  Among them are House Bill 453 (Ryan-R-Lebanon) which addresses numerous budget areas such as how Tobacco Settlement money will be spent (tobacco cessation programs, etc.) and authorizes the Philadelphia Parking Authority to impose a one-percent tax on ride-sharing networks such as Uber, etc.. A Democratic alternative to Republicans’ State Budget ideas comes from Rep. Curtis Thomas (D-Phila.).  House Bill 542 also covers a wide span of State Budget areas.  Both of these bills were referred to the House Rules Committee September 8.

Adding his perspective, PA Auditor General Eugene DePasquale argued for legalization of recreational use of marijuana which he says would bring in $200-300 million per year.  (Opinion editorial in Philly.com on September 7)

On September 7, U.S. Rep. Charlie Dent (R-15) announced that he is not seeking re-election in 2018.  That brings to three the number of PA Members of Congress opting not to run.  Rep. Tom Marino (R-10) was tapped by the White House to serve as the Nation’s Drug Czar.  Rep. Lou Barletta (R-11) is not running for re-election as he is seeking the Republican nomination to oppose Democratic Senator Robert Casey. A House member, Justin Simmons (R-Lehigh/Montgomery/Northampton) is seeking the GOP nomination to succeed Dent as is fellow House member Ryan Mackenzie (R-Lehigh).

REST IN PEACE… On September 8, Rep. Dan McNeil (D-Lehigh) passed away due to natural causes.  He was elected in 2012 and served on the House Agriculture & Rural Affairs Committee.  Earlier, on September 1, former Rep. Bud George (D-Clearfield) died.  He served the citizens of his district in the General Assembly from 1974-2012.

According to PSCFO which represents almost seventy agricultural and commodity groups, this legislation is called “non-preferred” and enables funding to some of PA’s universities.  Monies for Penn State School of Agricultural Sciences (agriculture research and extension programs) were already approved during the State Budget process which resulted in spending levels for state programs in the fiscal year beginning July 1, 2017.  The “non-preferred” legislation enables this already approved money to go to those programs.  In addition, Penn State faces another problem in that federal matching funds cannot flow to the College of Agricultural Sciences until PA General Assembly passes this enabling legislation. The University of Pennsylvania’s School of Veterinary Medicine will lose $30 million in state funding if “non-preferred” legislation is not passed.

On August 16, the PA State Council of Farm Organizations (PSCFO) Board met at AG Progress Days to discuss Harrisburg’s State Budget impasse.  While not getting into various revenue options, PSCFO will be urging legislators to pass the so-called “non-preferred” bills which supply funding to institutions of higher learning.  These enable Ag funding for two agricultural programs, the ones at Penn State (Land Scrip Fund – extension and agriculture research) and the University of Pennsylvania (Vet School).  Penn State’s School of Agricultural Sciences is additionally hampered because federal funds to the school cannot be released until funding enabling legislation is passed by the General Assembly.  On August 12, PSCFO sent out an advisory to Council members detailing the situation and urging action.

In an address to a capacity crowd at AG Progress Days, Governor Tom Wolf called PA Agriculture one of the Commonwealth’s most important economic and environmental resources.  In the speech, he said that since 2015, PA Department of Agriculture operational funding has been increased by 23%, that two million additional dollars were allocated for avian influenza planning and response, and that farmland preservation funding had increased by 45% compared to fiscal year 2014-15.  In addition, three million dollars were allocated to distribute fresh farm products to the needy through PA’s food banks.  The Governor charted an ambitious 10-year strategic plan for PA Agriculture including increasing PA’s competitiveness and developing a workforce to meet PA’s future needs.

On August 11, the PA Department of Agriculture announced that it added 33 farms in 12 counties to the roster of 5,169 farms in 59 counties preserved for future agricultural production.

In addition to the Big Three (Penn State University, Delaware Valley University and University of Pennsylvania), there are other Pennsylvania colleges and universities offering agricultural studies. (www.american-school-search.com/colleges/agriculture/pennsylvania )

The PA State Council of Farm Organizations (PSCFO) adopted several policy positions relating to issues facing the General Assembly, chief among these being the FY 2017-18 State Budget.  PSCFO is urging the General Assembly to restore the PA Agriculture Department’s General Government Operations (GGO) line item budget to what was originally proposed to the legislature in February ($31.612 million).  Doing so would allow the Department to continue animal, plant, food inspections at current levels versus continued erosion of PDA’s ability to handle the core function of food security.  PSCFO also urged restoration of other budget cuts in areas such as the University of Pennsylvania School of Veterinary Medicine, conservation, the agriculture research line item in PDA’s budget, etc.

On June 16, the PA Department of Agriculture asked the General Assembly to take prompt action on House Bill 1463 and Senate Bill 738.  Per the Department, the Dog Law Restricted Account is nearing depletion while demands for the Department’s work in regulating and inspecting kennels, protecting stray dogs, and responding to dog bite situations have skyrocketed.  The bills would create a single state-wide system for purchasing and renewing dog licenses rather than the currently fragmented system.  License fees would increase from $6.50 to $10.00 annually and from $31.50 to $47.00 for lifelong dog licenses.

AGRICULTURE ISSUES in the General Assembly…The Senate Agriculture & Rural Affairs Committee convened a hearing June 13 on the Chronic Wasting Disease (CWD) which could have a devastating effect on the 1,000-plus deer farms in PA… A bill limiting liability to land owners from recreational users passed the House Tourism & Recreational Development Committee June 6 and was referred to the House Rules Committee….Also on June 6, the House passed House Bill 410 (Warner-R-Fayette/Westmoreland) to establish performance-based budgeting in PA.  Advocates say it will force agencies to justify their budget every year rather than ‘coasting’ based on previous budgets.  The vote was divided 115-79…House Bill 187 (Sonney-R-Erie) which allows wind energy easements for protected farms is on the Senate Agriculture & Rural Affairs Committee agenda June 20.  It passed the House May 10 by a 192-4 vote….

The House Consumer Affairs Committee scheduled a September 2 hearing in Harrisburg on House
Bill 1349 (Zimmerman-R-Lancaster), a bill concerning net metering and use of anaerobic
digesters. This is a reaction to the Public Utility Commission’s attempt to limit the amount of
electricity generated via anaerobic digesters. Its’ companion in the Senate is Senate Bill 844
(Vogel-R-Beaver), now in the Senate Consumer Protection & Professional Licensure Committee.

Posted in AG ONE Newsletter, Legislation by PSCFO Leave a comment
August 28, 2015

After resigning July 22 as Governor Wolf’s Chief of Staff, Katie McGinty is running for the Democratic nomination for US Senate. If she wins the primary against former US Rep. Joe Sestak, she will face off against incumbent Republican Pat Toomey.

Posted in AG ONE Newsletter, Politics by PSCFO Leave a comment
February 18, 2015 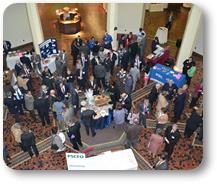 The March 3 Council program will feature both Republican and Democratic Chairs of the House and Senate Agriculture & Rural Affairs Committees to discuss what agricultural issues are likely to come up before the General Assembly.

In addition, PA Agriculture Secretary Russell Redding will present some of the Wolf Administration’s thinking on how PA Agriculture jobs and workforce development are central to Pennsylvania’s total economic well-being.

March 3 is also the day when Governor Wolf presents his State Budget for the fiscal year beginning July 1, 2015 to the General Assembly so expect plenty of buzz about the Department of Agriculture budget.   The PSCFO Board truly hopes you will attend this informative and useful session.

The Pennsylvania General Assembly posted its schedule for the first half of 2015.

Posted in AG ONE Newsletter, Legislation by PSCFO Leave a comment
November 6, 2014 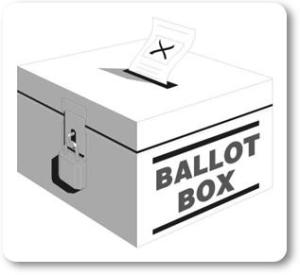 Posted in AG ONE Newsletter, Legislation by PSCFO Leave a comment
November 6, 2014

Legislative Vacancies to Note (and Appreciate) 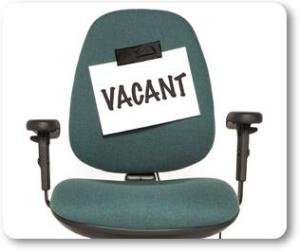