REDDING’S STATEMENT ON THE FARM BILL: “The importance of the federal Farm Bill to Pennsylvania’s agriculture industry cannot be overstated,” said Redding. “Farm Bill programs are investments in production agriculture, our environment, our economy and our people. I appreciate the work of the U.S. House of Representatives Committee on Agriculture to get us to this point, including the members of our own delegation who serve on the committee, Congressmen Glenn Thompson and Dwight Evans. Passing a final bill is never an easy task, but we look forward to working with our U.S. representatives and stakeholders to ensure the best interests of our food and agriculture industries, as well as rural Pennsylvania, are considered throughout the process.”  (April 13, 2018)

An April 6 letter to the Majority Chairs and Ranking Members (Minority Chairs) of the House and Senate Agriculture Committees urged reauthorization of the Farm and Ranch Stress Assistance Network (FRSAN) within the Farm Bill.  It makes the point that FRSAN was established by the 2008 Farm Bill but was never funded.  It says that the need is imperative given the prolonged downturn in the farm economy.  Those signing the letter with PA State Council of Farm Organization affiliates were:  American Soybean Association, National Grange, National Corn Growers Association, National Farmers Union, National Milk Producers Federation, and U.S. Cattlemen’s Association.

PA Center for Dairy Excellence is convening a series of roundtables for those involved in dairy production to discuss ways to strengthen the industry.  Scheduled are sessions in Bedford and Grove City April 17, Lancaster April 20, State College and Mansfield April 24.  The purpose is to discuss how the industry has been weakened and how to repair the damage.  Details: Heidi Zimmerman 717-346-0849 hzimmerman@centerfordairyexcellence.org

On April 9, House Bill 1486 was presented to Governor Wolf for his signature.  Sponsored by Rep. Dave Zimmerman (R-Lancaster), HB 1486 would exempt high tunnel agricultural buildings from storm water management requirements as long as that building:

HB 1486 pre-empts any local ordinance differing from the state exemption and the Governor’s action appears imminent.

The package of bills introduced by Rep. Kristin Phillips-Hill (R-York) and Pam Snyder (D-Fayette/Greene/Washington) designed to expand rural access to Broadband is receiving attention by the House.  On April 9, the House Education Committee moved House Resolution 431 urging the Auditor General to conduct an audit of a specialized fund run by the PA Department of Education which facilitates Broadband access.  On April 10, the House State Government Committee voted House Resolution 429 out of committee.  It directs the Joint State Government Commission to establish a Broadband access advisory committee.  On April 17, the House State Government Committee plans to vote on House Bill 1642 mandating the Department of General Services inventory state properties that could be used to expand Broadband availability.

A fourth bill in the Broadband package is House Resolution 430 in the House Consumer Affairs Committee. No date for consideration has been set.  HR 430 directs the Legislative Budget & Finance Committee and the Joint State Government Commission to jointly conduct an audit and study of nonrural telecommunication company compliance with existing mandates.

On April 9, the House voted 195-0 to forward House Bill 2034 (Marshall-R-Beaver/Butler) to the Senate where it was referred to the Senate Agriculture & Rural Affairs Committee.  Among other things, it specifies labeling requirements (brand name, type of agricultural liming material, net weight, and minimum percentage of calcium oxide, molybdenum percentage, and calcium carbonate). 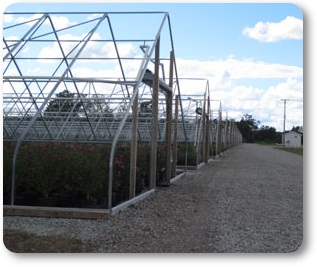 Posted in AG ONE Newsletter, Legislation, Regulations by PSCFO Leave a comment
August 6, 2014

ROCK SPRINGS – An Ag Progress Days staple are the research tours ranging from habitat for deer and other wildlife to management tactics for high yielding soybeans.

In addition, a tour of the High Tunnel Research & Education Facility demonstrates current production systems and horticultural crops that can be produced in high tunnels.  Complete list of tours is found at http://agsci.psu.edu/apd/events/tours 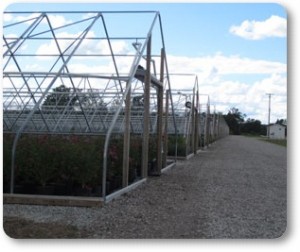 With the State Budget, pension reform and liquor store privatization taking much of the proverbial oxygen out of the room, agricultural issues have not seen much of the spotlight.

A possible exception: On June 4, the PA Senate approved Senate Bill 1023 (McIlhinney-R-Bucks) by a vote of 47-1 to upgrade the duties of the Uniform Construction Code Review and Advisory Council (RAC). The RAC’s function is to issue recommendations for the PA UCC and assess whether changes in International Code are applicable to the Commonwealth.

An item of possible interest to the Agriculture industry is that recommendations from RAC must meet or exceed Uniform Construction Code provisions currently in effect. An unknown is whether SB 1023 would have an impact on PSCFO-supported legislation (HB 1440) that would remove tunnel buildings from the Uniform Construction Code – would this be seen as weakening the UCC?

Posted in AG ONE Newsletter, Legislation by PSCFO Leave a comment
March 12, 2014

After spending a month with appropriations hearings, the General Assembly is back in session. Matters to note:

Posted in AG ONE Newsletter, Legislation by PSCFO Leave a comment