On March 1, the last of four workshops was held in Bedford County to inform produce growers on how to comply with the Food Safety Modernization Act’s regulatory requirements.  The other three were held in Tamaqua (Schuylkill County), Kutztown (Berks County), and Windsor (York County). Presenters were from the PA Department of Agriculture who walked growers through areas such as worker safety & hygiene, use of water, risk of animal contamination, and ways to avoid contamination during storage.  Statistically, 46% of food sickness incidents requiring medical treatment and/or hospitalization have been traced back to farms.

The PA Department of Agriculture announced March 3 that the PA Wine Marketing & Research Program Board is soliciting proposals on marketing and research projects to increase quality profitability, production and sale of wines.  Applications are due April 20, 2018 to PA Department of Agriculture, Agricultural Commodity Board Grant Program, 2301 N. Cameron St., Harrisburg, PA 17110.  Details: www.pabulletin.com

March 20, 2018 is the last postmarked date for referendum ballots on continuation of the PA Vegetable Marketing & Research Program to be submitted.  Eligible voters are vegetable producers who grew at least one acre of vegetables in 2017’s growing period or grew vegetables in greenhouses located in PA with total space of 1,000 square feet or more.  Voting began March 5.

The PA Department of Agriculture plans to issue seven regulations in the first half of 2018:

The annual House and Senate Appropriations Committee hearings on the State Budget conclude this week. Of key interest is the Governor’s Office and Office of the Budget on March 8 for both House and Senate Appropriations Committees where scrutiny may center on from where the revenue will come to fund the State Budget.  PA Cable Network (https://pcntv.com/schedule/ ) airs most of the hearings.  Secretary of Agriculture Russell Redding testified before both committees.  Thanks to the Senate Majority Communications Office, following is a link to the Senate Appropriations hearing on February 28. https://pasen.wistia.com/medias/h86ncu5jfq The hearing touched on an array of topics ranging from hemp to the Farm Show lease-lease-back (equity loan).

Even though the initial deadline was February 6, the USDA National Agricultural Statistics Service (NASS) asks farmers who have not completed the Census of Agriculture to do so.  Please respond to www.agcounts.usda.gov or call King Whetstone at 717-787-3904 with questions.

FARM LINK PLANS SUCCESSION WORKSHOP in Chambersburg March 8.  The Farm Succession and Transition Workshop will help farmers to pass on the business to the next generation.  Farm Link and partner AgChoice Farm Credit are both PSCFO members.  Details: Michelle Kirk 717-705-2121  mkirk@pafarmlink.org

Posted in AG ONE Newsletter, Budget, Food, Grants and Loans, Politics, Regulations by PSCFO Leave a comment
May 17, 2017

At a May 10 hearing of the House Agriculture & Rural Affairs Committee, PA Secretary of Agriculture Russell Redding warned legislators that the House Republican State Budget bill (House Bill 218) could endanger a number of core PDA functions:

Secretary Redding also sent a letter to the General Assembly stating much of what was in his May 10 testimony, a link to which follows: http://www.agriculture.pa.gov/Pages/Letter-to-Legislature.aspx

On May 10, Senate Bill 133 (Ward-R-Westmoreland) was referred to the House Appropriations Committee after a contentious session of the House State Government Committee which amended the bill along party lines May 8.  This legislation brings PA into compliance with the REAL ID Act of 2005, a Federal law requiring an upgrade to state systems of personal identification.  If PA does not comply with legislation in June, the consequence is that a driver’s license will NOT be accepted as identification on boarding commercial flights or providing access to Federal offices (Social Security, Farm Services Agency, military bases, etc.) in 2018.  The issue was an amendment in the House State Government Committee creating a two-tier system which allows Pennsylvanians to keep and use current ID if they choose.  Anyone going for the upgrade would have to pay for it, cost unknown.

On May 22, the Joint Legislative Conservation Committee will hold an Environmental Issues Forum in Harrisburg to profile Pennsylvania’s bee decline and its impact on agriculture.  For example, PA fruit crops depend on pollination with over 90% of the apple crop relying on honeybees.  The session will also look at ways to reverse the bees’ decline.  Details: Mike Nerozzi 717-787-7570, mnerozzi@jcc.legis.state.pa.us

OTHER LEGISLATION OF INTEREST

On May 13, the PA Game Commission published several proposed rules in the May 13 PA Bulletin, the links to which follow: Hunting and trapping; general ; Lands and buildings—special wildlife management areas; hunting and furtaker licenses—antlerless deer licenses ; Special permits; deer control

Announced by the PA Department of Agriculture May 6 were results from an April referendum as to whether PA should reinstitute its Apple Program. The vote was 103 producers for and 48 against with six ballots ruled ineligible.  Link to the text of the Program Order follows: http://www.pabulletin.com/secure/data/vol47/47-18/770.html

In conjunction with Schuylkill County’s legislative delegation and with financial support from the PA Department of Agriculture, the PA State Council of Farm Organizations is offering a no-cost seminar on Food Safety Modernization Act (FSMA) compliance to produce farmers in the region. Held June 1 in Tamaqua, It will cover elements of a farm risk management plan which includes food safety, Crop Insurance, and information on what to ask an insurance agent to make sure that farmers’ insurance needs are met.  Details: 717-232-9665, xenobun@aol.com. Thanks to PSCFO members such as PA Vegetable Growers Association, PA State Grange, PA Association of Conservation Districts, PennAG Industries Association, MidAtlantic Farm Credit, and others for helping spread the word.   Also, PSCFO member PA Farmers Union is planning FSMA compliance webinars.  Details: www.pafarmersnion.org

Posted in AG ONE Newsletter, Regulations by PSCFO Leave a comment
May 15, 2015

Crop Insurance Self Certification Due June 1

Agricultural producers seeking Federal Crop Insurance subsidies in 2015 must verify that they are controlling erosion on vulnerable fields and protecting wetlands. This also applies to orchards and vineyards. Form AD-1026 must be on file with the USDA Farm Service Agency (FSA): http://forms.sc.egov.usda.gov/efcommon/eFileServices/eForms/AD1026.PDF

Posted in AG ONE Newsletter, Insurance by PSCFO Leave a comment
December 9, 2014

On December 4, one day before the original deadline, USDA announced that the application deadline for the Dairy Margin Protection Program (MPP) will be extended until December 19, 2014.  Established by the 2014 Farm Bill, the program protects participating dairy producers when the margin -difference between price of milk and feed costs – falls below the level of protection selected by the applicant.  USDA also urged agricultural producers to utilize an Internet resource, www.fsa.usda.gov/mpptool, to calculate the best levels of coverage applicable to their dairy operation.  PA Secretary of Agriculture George Grieg noted that producers should see that the cost is only a  $100 administrative fee in order to have a $4 margin that covers 90% of the farm’s annual production.  In addition to the Farm Services Agency (www.fsa.usda.gov ), PDA‘s risk management specialist, Jordan Stasyszyn may be reached at 717/705-9511 or jstasyszyn@pa.gov.

Posted in AG ONE Newsletter, Insurance by PSCFO Leave a comment
December 9, 2014 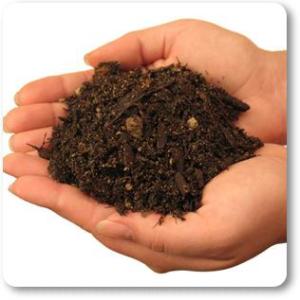 Posted in AG ONE Newsletter, Education by PSCFO Leave a comment
September 30, 2014

WASHINGTON, D.C. – Crop Insurance Initiatives from USDA were advanced by USDA Secretary Tom Vilsack in a September 25 media release.  Two new programs, Agricultural Risk Coverage (ARC) and Price Loss Coverage (PLC), are meant to provide farmers with an alternative to direct payment programs eliminated by the 2014 Farm Bill.  Both of these new programs offer protection when market forces cause substantial drops in crop prices and/or revenues.  USDA also announced a farmer resource to help calculate what each program could mean to them.  (www.fsa.usda.gov/arc-pic)

September 29 marks the first date when farmers may visit their local Farm Service Agency office if they wish to update their yield history and/or reallocate base acres — the first step before choosing which program is best suited to meeting their specific risk management needs.  NOTE:  Although not referenced in the USDA release, farmers should also be contacting their Crop Insurance agent on a regular basis to keep aware of developments in the new ARC and PLC programs. Agent locator: www.rma.usda.gov.

Posted in AG ONE Newsletter, Insurance by PSCFO Leave a comment
September 30, 2014 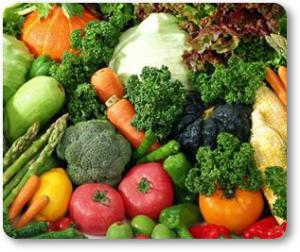 Posted in AG ONE Newsletter, Food, Grants and Loans by PSCFO Leave a comment
August 6, 2014 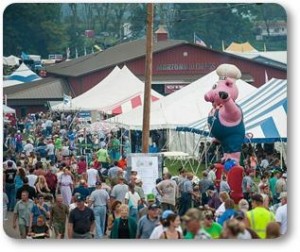 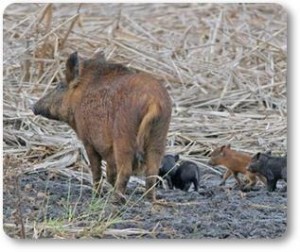 One topic discussed at the June 16 Council meeting was the threat to PA Agriculture and to the environment by feral hogs. The meeting updated attendees on the issue and paved the way for a more detailed program on the subject September 22 at the Council’s next meeting. Following is a link to USDA’s web site providing background on the feral hog issue. http://www.invasivespeciesinfo.gov/animals/wildboar.shtml