Rural Broadband access champions Representatives Kristin Phillips-Hill (R-York) and Pam Snyder (D-Greene/Fayette/Washington) have formed a caucus to urge adoption of Broadband legislation.  They have already introduced a package of bills addressing lack of access in rural areas:  House Resolution 431 calling for an audit of a special Broadband fund administered by the PA Department of Education; House Resolution 429 establishing a legislative task force on delivery of high-speed Broadband services; House Resolution 430 which directs the State Government Commission and the Legislative Budget & Finance Committee to see if non-rural telephone companies are meeting their legal obligations in providing access to Internet services to rural residents; and House Bill 1642 which directs that there be an inventory of state-owned structures that could also be used to expand access.

In addition, on May 3, House Bill 2320 sponsored by Rep. Snyder was referred to the House Consumer Affairs Committee.  HB 2320 would increase the state requirement for band width ten-fold to match the Federal standard as set forth in the Connect America initiative.

Of note is House Bill 2203 sponsored by Rep. Pat Harkin (D-Erie) to have the PA Departments of Agriculture, Education, and Labor & Industry work jointly to develop an online career resource center.

On May 1st, the House Game & Fisheries Committee voted for House Bill 1603 (B. Miller-Lancaster) to make hunting while trespassing on private property a primary offense.  This changes current law which says that trespassing can only be charged if there is another violation of the Game Code.  Penalty is losing one’s hunting license for up to one year.

Please note the following updates to the AG ONE Newsletter below posted earlier today. These were signed into law today by Governor Tom Wolf:

HB 674 Fiscal Code (takes $200 million from an insurance company reserves; gives Governor discretion as to where $300 million will come from dedicated funds) is now Act 44

HB 271 (expands gambling in hopes of generating $200 million more revenue to the state) is now Act 42.

With House action October 25 and 26, the revenue side to the State Budget was sent to Governor Wolf for his signature.  He has ten days to approve, veto, or let the legislation go into effect without his signature.  Some major elements include:

In limbo is the Governor’s unilateral decision October 4 to borrow ahead (“securitize”) future profits from the PA Liquor Control Board and his October 9 pronouncement that PA would take out an equity loan on the Farm Show Complex owned by the state.  His rationale was that he would take budget matters into his own hands, absent a legislative resolution to the State Budget impasse. PSCFO has requested a meeting with Governor Wolf to discuss the Farm Show Complex loan issue.

AND…THERE IS A SLEEPER BUDGET ISSUE.

TRANSFERRED FROM AMOUNTS AVAILABLE IN SPECIAL FUNDS AND

RESTRICTED ACCOUNTS TO THE GENERAL FUND.

This is the ultimate outcome of those seeking to balance the State Budget by taking monies from over 50 specified dedicated funds.  The Senate derailed that notion but this final language gives the Governor the discretionary authority to decide from which funds this $300 million shall come.  HB 674 does not contain language limiting his choices so they might or might not be  agriculture or environmental funds. PSCFO sent a heads up memo to Council members about this section.

On October 23, the Senate Banking & Insurance Committee convened a prescription drug price transparency hearing relative to Senate Bill 637 (White-R-Indiana).  It presented starkly contrasting views between the pharmaceutical industry which maintained that manufacturing costs increases are quite reasonable versus insurers and prescription benefit managers (PBMs) which pointed accusing fingers at the drug industry for unwarranted price increases.  Testimony also came from the PA State Grange which said that price transparency could give insurance companies the ability to negotiate more effectively because they could compare pricing practices between states, such as a hypothetical Epi-pen charge of $150 in one state versus $600 in PA.

WEED BILL GOES TO GOVERNOR (No, not that weed…)

The PA Compensation Rating Bureau (PCRB) revised loss cost filing goes into effect November 1st. This translates into a general increase in Workers’ Compensation premiums of 6.06%, necessary to adapt to the Supreme Court striking down a major provision of the Workers’ Compensation Act regarding permanent  impairment evaluation standards.

YOUTH GARDENING GRANTS up to $500 will be awarded by Katie’s Krops.  Eligible are youths aged 9-16.  Harvests must be donated to food banks.  Application deadline is December 31.  Details:  http://www.katieskrops.com/start-a-garden.html House Bill 790 (Pashinski-D-Luzerne) passed the Senate 49-0 on October 18 and was referred to the House Rules Committee.  The House now must consider amendments made to the bill in the Senate. 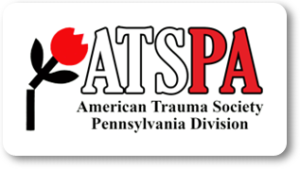 MECHANICSBURG – The American Trauma Society, Pa. Division, issued agricultural specific safeguards designed to reduce agricultural deaths and injuries.  According to the group, 37 PA farm and agriculture-related deaths were reported in 2013 with 50% involving tractors, skid steers or forklifts. Some precautions: Be properly educated and educate everyone in the farm family on operating farm equipment; conducting farm equipment safety inspections; not wearing loose clothing while operating equipment; using seat belts; not carrying passengers on equipment; and using protective gear when operating equipment and (especially) when using chemicals.  Details: Rachel Bryson rbryson@atspa.org . This list was released as part of National Farm Safety and Health Week September 21-27, 2014.

Having a hard time keeping up with changes in health insurance? The Kaiser Family
Foundation (www.kff.org) is an information resource on the Affordable Care Act. Also,
the National Association of Health Underwriters (NAHU) has an insurance agent locator
if you seek to enroll in the exchange (www.nahu.org). The best advice of course is to
talk with your present insurance agent first